"The Horatius Cocles of the Tyrol"
"General Dumas at the head of the cavalry has killed with his own hand several enemy cavalrymen. He has been twice slightly wounded by enemy sabers, and his aide-de-camp Dermoncourt has been seriously wounded. This General held a bridge all alone for many minutes against the enemy cavalry who were trying to cross the river. By doing so, he was able to delay the enemy advance until reinforcements arrived. ..I therefore grants him the command of all cavalry troops in the divisions stationed in the Tyrol"
General Napoleon Bonaparte (march 1797) 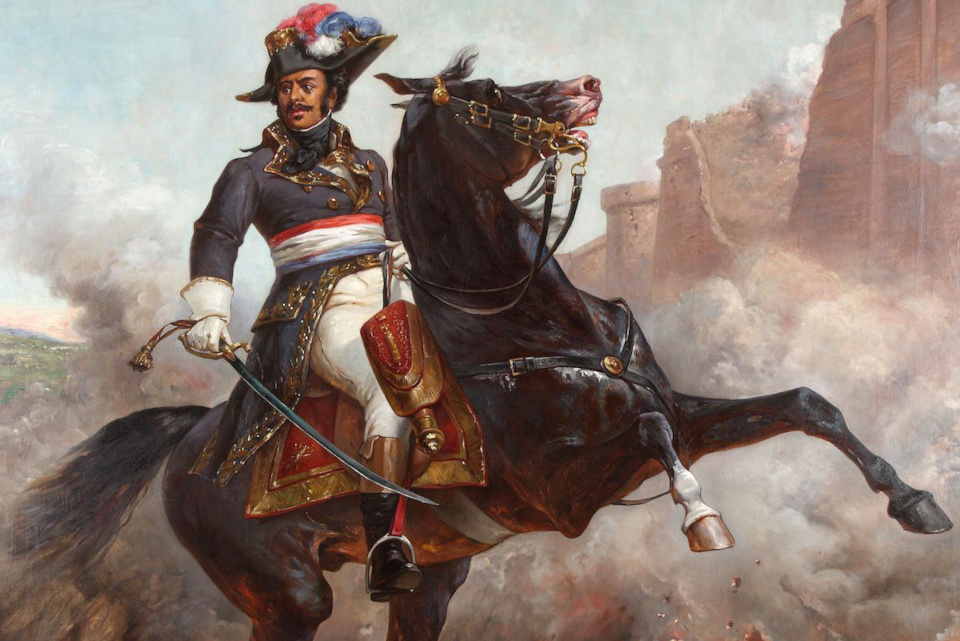